The most important fact about Google’s Flutter is that it offers a developer-friendly alternative to cross-platform app development. Flutter allows you to write an app once and cross-compile it for various platforms. Due to the abundant documentation, developers are keen to utilize Flutter. Version 0.6 was made accessible to the public. The newest release has reached a stable state, and new features are beginning to appear.

•  Having the ability to preview changes.

A few years ago, Google created an open-source framework called Sky. It allows you to create cross-platform apps with a single codebase that can run on many platforms. Moreover, the flutter framework serves as the fundamental base for Fuchsia, a new Google operating system that is anticipated to eventually replace Android.

Like other cross-platform solutions, Flutter is gaining popularity with developers. What’s the explanation? Since it is an easy-to-use SDK (software development kit), you may construct an app quickly and run it on Android and iOS. In addition, it is regularly enhanced.

Additional apps produced using Flutter will benefit from the expertise of native developers, whilst those who focus entirely on establishing a single platform will not require additional assistance.

As a feature-rich and innovative SDK, Flutter facilitated the development of numerous modern applications, such as Google Adwords, Xianyu, and Hamilton. The features of Flutter will accelerate the growth of any app.

Flutter simplifies and streamlines the mobile application development process for all developers.

This application allows you to manage Google ad campaigns straight from your mobile device. It is a streamlined version of a desktop platform that allows you to track ad output from any location, not just your office.

The application features campaign data, the ability to alter bids and budgets in real-time, live notifications, keyword modification, and the option to contact a Google specialist. It is both user-friendly and visually appealing.

For the social networking website created by developers, the Flutter framework can be used. The popular content-sharing website where users may design their own pages and add photographs, blogs, articles, polls, and entries. The application enables users to distribute their creations to the public.

The KlasterMe interface utilizes solely content from other KlasterMeers, hence streamlining the publishing process and producing an aesthetically pleasing look. KlasterMe is currently in the developmental stages.

This Flutter app provides extensive insights into how your days are progressing and excellent advice from prominent self-help professionals to help you manage mental health challenges.

We associate Jack Ma with Amazon and global dominance when we think of him. The creators created the Xianyu platform to carry out their strategy.

Since Flutter has joined, almost 200 million registered users are utilizing it!! Today, there must be a great deal of Chinese stuff in the air.

When searching for a scalable and resilient system to create, they determined that the Flutter framework was an ideal alternative. Hundreds of millions of monthly active users have migrated to Flutter-based apps.

Instagram is soon to surpass Facebook in popularity. This is not an exaggeration; it is the reality of the situation. Your elderly uncle is believed to use Facebook to snoop on your high school graduation photos.

And with so many new businesses now using Instagram, it is only reasonable to have Instagram photographs that seem professional. This is where PostMuse comes into play.

Instagram enables users to browse, edit, and design various images. If you cannot find anything with which to agree, PostMuse will defend it. This Flutter-built software also recommends the perfect image, so your social media marketing appears genuine.

This is the official app for Hamilton, one of the most popular and award-winning Broadway musicals made with the Flutter framework. It was designed specifically for the band’s large fan base to keep them abreast of all the latest music news.

The Hamilton app contains a karaoke feature for those who like to sing along with their favorite songs, a regular quiz game, access to a range of Hamilton lottery games, and unique movies and slideshows. On both platforms, the user interface is of the highest quality.

Launching is a smartphone software that simplifies meal delivery orders. It is one of the successful flutter-built food delivery apps experimenting with the new architecture. Using the app, a single individual within the organization can place an order. Paid customers can either make bulk payments or smaller payments in installments.

After completing the first edition of the Launching app, the following are the most important lessons learned by Flutter framework developers.

•  Facilitating the development process across both platforms in a seamless and rapid manner.

•  Animations are smooth and the UI is rich.

However, there was a huge impediment. Due to the relative freshness of the technology, it can be difficult to locate answers to new problems, such as those on Stack Overflow. As a result, you must generate your own ideas when designing a Flutter application. Nevertheless, as was previously stated, the flutter community is expanding rapidly, giving us reason to be optimistic about the future.

Pairing is one of the most straightforward and fundamental examples of Flutter apps accessible. Pairing improves dating since relationships and matches are formed through the users’ actual communities.

App development using Flutter is frighteningly similar to native development. For example, if you develop an Android or iOS application, it may involve several interactions with both operating systems. Otherwise, Flutter permits you to construct applications optimized for both platforms using the same resource code.

In addition, the Instant Run functionality of Flutter is useful. When you edit the code, the system will update itself automatically.

Because of Flutter developers can manage and update this application with relative ease. This application allows users to use their mobile device as a tracker to record the amount of water they consume throughout the day, allowing them to maintain a healthy balance.

This Flutter application provides superior monitoring and tracking of the most recent changes for over 1600 cryptocurrencies around the globe, such as Bitcoin, Dogecoin, Ripple, and Ethereum. The Cryptograph mobile application, which is managed by Flutter, delivers real-time data via exchange rate maps, allowing users to see how the market has moved since they downloaded it.

Cryptograph maintains current updates and statistics on more than 1,600 cryptocurrencies, including as Bitcoin (BTC), Ethereum (ETH), and Ripple (XRP). The software displays currency conversion rates, enables you to select and add coins to Favorites for quick monitoring, and provides numerous other features.

In conclusion, developing apps with Flutter may be advantageous for your business, as we and other market leaders have proved. In the following situations, we believe that flutter is a particularly promising option:

•  Your mobile app must be launched quickly on the market.

•  Having a top-notch iOS and Android app that offers a seamless UX and reliable, fast results is key.

Flutter delivers greater functionality with less code and a new, expressive vocabulary. Flutter is currently gaining popularity and community interest. As a result, the number of young developers utilizing this technology has increased, making it simpler to assemble the greatest team.

If you are interested in developing Flutter applications, please contact us at contact@zestminds.com to see if we can work together. Or, at a minimum, discuss your options. 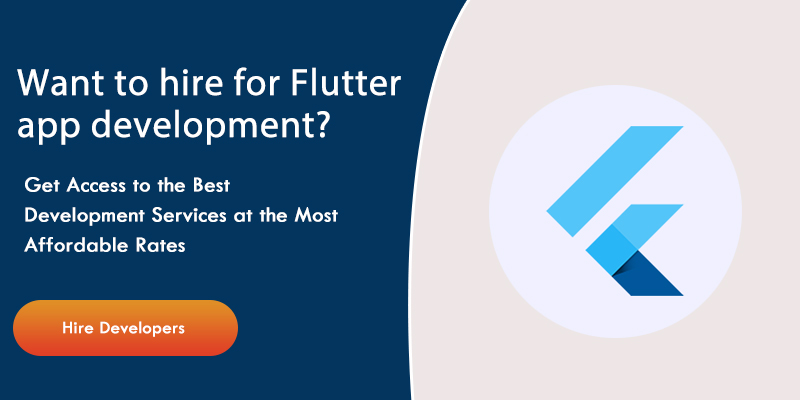