Angular is an open-sourced TypeScript based framework that is used for mobile application and web development. Even with various unparalleled solutions built with the Angular upsurges, the fame of this cross-platform framework is on the rise. It is not just the perfect solution for one type of software, but it includes the ability to accomplish different types of web development activities as well as improves the website or app with the functionalities that are required. Angular and AngularJS development is the current hot topic.

In order to develop a dynamic website, you need to hire angular developers who can work on this powerful framework. An angular developer can create SPA (Single Page Applications) with intuitive designs as well as multiple functionalities. It is imperative to pick up a highly-skilled angular developer that has the capability of improving the work proficiency of the browser-based apps, offer top-tier results, and build custom solutions that are pretty innovative. So before you proceed ahead with hiring the angular developers, it is crucial to understand their responsibilities and roles.

In this article, we will be talking about all that you should keep in mind when hiring angular developers. But before we get started, let us try to know more about what Angular is.

So What Exactly Is Angular?

A comprehensive term that is used for denoting each and every version that came after Angular 1 or Angular is Angular. For developing responsive and robust web apps, Angular is the most refined and latest front-end development platform. The history of Angular lies back in the year 2009 when the Google engineers MiskoHebery and Adam Abrons created the framework Angular 1 that was officially released in the year 2010. Since then, the team of Angular has launched numerous versions of it. Angular was the first version of Angular, and it was responsible for the creation of dynamic SPAs (Single Page Applications). Then in the year 2016, Google rewrote its Angular framework completely, and then Angular 2 was released. Angular 2 and every subsequent version since then is given the common term Angular.

Angular Vs. Angular: What Should You Be Choosing?

The prime difference between Angular and AngularJS is the shift of the latter from MVC architecture to the style that is component-based. This empowers faster Angular development. What is more, the components that are developed with the AngularJS could be saved as a web element and then can be used as a component in any of the HTML page form, even if it is outside the framework.

It is best to get started with AngularJS if you wish to build a new web app with any of these platforms. This is because it is better suited to the JavaScript Frameworks that are component-based as well as SSR (Server-Side Rendering) Friendly. Though there are many new versions of Angular that are released, for the current Angular websites, the most viable option is the AngularJS framework. For the development of the advanced web applications that are built on the JavaScript framework, especially the solutions based on the Blockchain, this is the most logical option. With Angular, you can be creating SPAs offering an incredible user experience. When comparing Angular to AngularJS on the basis of performance, Angular is almost 5x faster than the previous versions. Angular can support each and every mobile device, whereas Angular cannot support mobile devices. AngularJS application development is more rapid. AngularJS, on the one hand, can support only JavaScript when, on the other hand, Angular has much more language choices to offer that include Dart, PureScript, JavaScript, TypeScript, etc. An AngularJS development company is very easy to find.

What do Angular Developers Do?

Angular Developers are the top-tier JavaScript developers, and they possess great knowledge of the theoretic concepts and technical nooks and corners of software engineering. They work on the software’s client-side, which marks the key activity of a developer. Angular developers can develop a seasoned UI (User Interface) service for web apps and websites. To add to it, they can also work with modules as well as component creation and then connect them in the development of fundamental software.

An Angular developer will take care of the interactive front-end of different mobile and web apps. They are known for their capabilities of creating high-performing software. Not only that but they also aid and assist the backend developers in order to ensure that the construction of the Single Page App can fulfill the terms that are specified as well as the work on the other technical accuracies that are required. An Angular developer also performs unit testing once the development phase is over. Their other responsibilities include testing the components, services, testing code units, and much more. They possess expertise in getting access to external data sources and APIs when it needs to be extracted from the third-party services.

Top Skills To Look For When Hiring Angular Developers

Hiring the Angular developer who is right for handling your Angular Web development can be a challenging task. It is best to consider the fundamental skills listed below before you hire an Angular Developer.

Irrespective of what you are in search of an Angular, React, or Vue.js developer, the prospective candidate should be well-versed with the core concepts of JavaScript. They should be good with CSS as well as HTML. The Angular Developers should also have a robust sense of understanding about the element interaction, their position, and the UX concepts.

The prospective Angular Developer candidate should compulsorily be a master of the Angular Framework. The developer needs to be updated with their knowledge and skills as the new versions of the framework gets released. AngularJS development services are not the ones to look at when checking the developer’s proficiency in Angular.

The building of a RESTful API includes HTTP requests to DELETE, PUT, GET, and POST data. It is best to hire an Angular developer that has considerable experience in the REST APIs with the ability to read the API Documentation and then apply it in an efficient manner.

Node and Webpack are the technologies that have the potential of adding additional features to the Angular framework making the process of developing a whole lot effortless and effective. All in all, possessing knowledge about these adjacent technologies can prove out to be beneficial.

Just like the other software developers, the position of Angular developer begins with junior levels and then extends to the middle as well as senior levels. We are listing the basic skills that are required for Angular Developers on the basic, middle, and senior levels.

Before you start with finding the Angular developer for the sake of web app development, it is imperative for you to be prepared. Preparing is not about knowing Angular yourself so as to hire one. It is about you knowing beforehand what your requirements are.

It is thus crucial to jot down the following things before you begin with the process of hiring:

Once you jot all these points down, you will then have a clear idea of how what, and when you need an Angular developer.

Now that you have jotted down all the vital things well, you now have an idea of:

The next thing you need to do is prepare a description for the Angular Developers that you want to hire. Ensure that the responsibilities and roles should be well crafted so as to help the candidates know well what they are expected to do in the job. The clear defined description of the job will help you too in the future in evaluating how the Angular developers contribute to your expectations and requirements.

You Should Include The Following Things In The Job Description:

3. Be Ready With Your Questions

For hiring the best of all the Angular Developers, you should be prepared with your question set. Here we are listing a few questions and explaining to them so that you can hire the right Angular developer for your profile.

Q.1. How will Angular help me in my project?

Q.2. How much time will you take to finish my project?

You need to ask the time in which they will finish your project. The time given by them should be under what you have in your mind. Of Course, you can not wait an eternity to get your project. You need it to be delivered on time in order to gain the maximum returns from it.

Q.3. What if the end product is not up to my mark?

Q.4. What if I do not get the project in the required time?

There might be a situation where you do not get your project on the time given by the developer. In that case, you need to make sure that you get compensation of some sort for the fault the developer made on their side. This is one of the most important questions to ask while you hire an angular developer.

Q.5. What will be the intervals in which I will get updates on the project?

You can also ask the technical team to add a few more interview questions that can test their experience, dedication, passion, honesty, and knowledge regarding the development of Angular applications.

4. Begin Your Quest For Candidates

All in all, you get the Angular developers with great experience and top-tier qualifications, thus cutting down your hassle and costs too.

5. Check Their Past Work

6. Get In An Agreement

On the basis of the experience, qualifications, and skills that you verified, you will have to finalize the developer according to your requirements. Once the developer is finalized, you need to get in an agreement based on the job, timeline, or requirements. You need to have it on the papers and should have everything described on it, ranging from salary to job description. This agreement will help you as well as the developer is staying informed. Generally, agreements are just the papers that bind you and developers for the required services, but it is needed in case of dispute and confusion.

Your task just does not end with hiring an Angular developer. It still goes on. You have to keep a track of whether the developer is capable enough to fulfill the expectations you hold. Whether they hired developer was able to add value to the project/organization or not needs to be monitored from time-to-time. This way, you will be able to track the progress of the Angular Developer, and you will be able to figure out if choosing the developer was a good decision or not.

However, it is not easy to hire one. That being said, it is not that hard too. Following the tips given in the article, you can easily pick a nice and suitable Angular developer and/or angular development company.

Zestminds is one of the top web development companies. If you wish to hire angularjs developers to aid your project, then you can contact us at contact@zestminds.com, and we will get back to you as soon as possible. 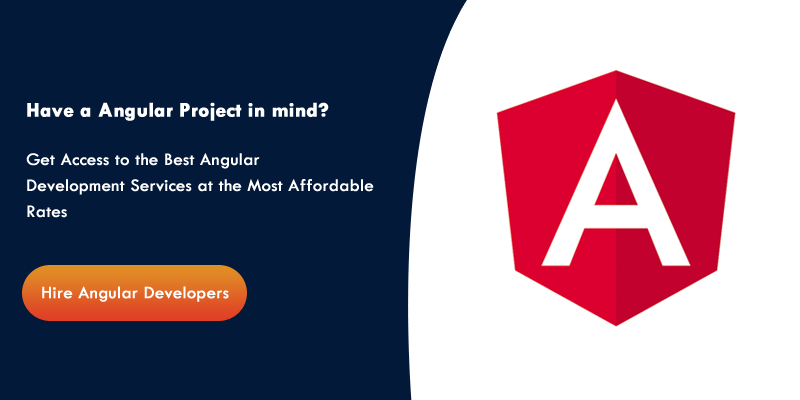