Python is the language that everyone learns when they are a novice. Many companies that deal with millions of visitors and work with different kinds of applications want a quick, scalable, and dynamic website. The number of programming languages and frameworks is large in the market but choosing the finest one that fits most of the requirements can be a daunting issue for enterprises. Today, the IT sector is familiar with the popularity of the Python language. How easy it is to learn this language and how this language has solved a lot of problems with the company running different sorts of apps. Python and the frameworks of this language certainly merit excitement in the market.

Python Django framework is a popular tool for creating highly scalable web applications with a constantly growing user base (e.g. content-based or news websites). The framework is straightforward and simple, fast and dependable, versatile and scalable. Django has a vast loyal contributing community and this framework helps you to get your job done with less lines of code. According to SimilarTech, there were 77, 278 websites built with Django as of May 2019. The reason Django is becoming so popular is due to the many popular websites which have been developed and improved utilising this technology. Let’s take a closer look at the greatest Django sites out there.

Disqus is the largest project created from scratch using the Django framework. The website permits you to implement discussion and comment options on your site. It provides an easy-to-use comment plug-in, analyses audience activity, promotes, and provides access to customer engagement solutions. The community has more than 17 million monthly page views and approximately 500 million unique monthly visitors from 191 countries. Approximately 750,000 websites utilize Disqus, with approximately 35 million individuals participating in these online communities. The website processes around fifty million comments per month. Behind the scenes, a Django framework enabled Disqus to scale its platform to accommodate millions of users and improve performance.

This framework was also utilized by the Disqus team to develop Sentry, an internal tool for error reporting, debugging, and repairing app problems. Today, Sentry is quite popular among developers and has evolved into an open-source product utilized by over 30,000 organizations, including Instagram, Reddit, Doordash, Datadog, and Prezi. Currently, Disqus also uses other frameworks, but the team continues to use Django due to the extensive community support and a large number of ready-to-implement solutions.

This “platform for sharing videos” requires no introduction. Previously, the site was developed using PHP, but the YouTube team saw the need to improve its performance and add new features. The YouTube team’s use of the Django framework was necessitated by the escalating rate of audience growth, and the selection was perfectly justified. Django assisted the YouTube development team, enabling them to operate swiftly and flawlessly. This framework was used to introduce new features and maintain the website’s speed.

This website needs no further introduction. Instagram is the world’s most popular and fastest-growing photo and video sharing application. Kevin and Mike, Instagram’s co-founders, created the initial version of this application using Django. Django was incredibly simple to use and didn’t involve many considerations or configurations. Daily, Instagram users upload 95 million photographs and give 4.2 billion likes to accompanying photos and videos. Django enabled Instagram to grow the program, manage a greater number of user interactions per second, and analyze enormous volumes of data. Django’s ready-to-implement solution allowed the team to focus on the UI and UX of the application rather than the backend technology that makes them function. According to Hui Ding, Instagram’s former head of engineering,

“Our Python/Django stack had allowed us to reach a few hundred million users, so we decided to continue. Important to the choice was the fact that our engineers adore Python. This is a reason why people desire to work for us.”

This music streaming application transformed how people listen to, share, and buy music. This application’s extensive library is accessible from anywhere and on any device. Python and Django are utilized by the program to manage the large quantity of data it holds. There were two primary reasons for selecting this framework…

Forget the days when your source code resided alone on your machine. Today, Github and Bitbucket are among the most popular platforms for online repository hosting. Bitbucket is a 2008-launched cloud-based Git repository hosting service. This platform currently manages a large number of users, with 17 million queries and 6 million repositories per year. Python and Django are the primary technologies behind this platform. Bitbucket employs Django for a variety of reasons. The first is the thousands-strong, thriving developer community. The second reason is that Django provides several ready-to-implement solutions that save developers a great deal of time. In this manner, they do not need to build every feature from scratch.

Dropbox is the most popular cloud-based platform for storing documents, videos, images, and other media files. The application enables users to access their files from any location, at any time, and on any device. Dropbox’s tech stack has utilized Python since its inception, and the man who designed Python, Guido van Rossum, was hired by the firm. The team was able to construct the server and desktop client software for the project reasonably quickly using Python. Django is used by Dropbox’s developers to add the user history feature, synchronize an account across many devices, and offer additional file-sharing options.

Mozilla is the second most common web browser in the world, hence it is unnecessary to specify its user base. Initially, Php and CakePHP comprised Mozilla’s main technology stack, but as the number of users increased, the platform expanded to accommodate millions of daily queries. The staff had to embrace new technology to manage increasing traffic and increase productivity. The team consequently opted to switch from PHP+CakePHP to Python+Django. The platform is now considerably more capable of handling hundreds of millions of page views per month and many more API requests per day. Today, Django powers the whole Mozilla support site and add-ons.

Pinterest is another prominent social media platform that enables users to discover ideas such as recipes, home decor, and fashion. Pinterest has 250 million monthly active users, thus the website must manage a high volume of visitors. Django is used to ensure the site’s outstanding performance. Django delivers great scalability without sacrificing performance. Behind the scenes, Django helped developers administer the website so that users could follow one other and share boards and pins.

You may be shocked to learn that Django was initially developed to support the content web application for the publisher of the Lawrence Journal-World. Well, the framework remains popular among news apps, and The Washington Post, the most influential newspaper in the world, uses it. This popular news application takes advantage of this architecture and handles the massive traffic with speed and efficiency. The website of the Washington Post, which is written entirely in Django, received 172 million monthly visits in March 2019. Similar applications such as The Guardian, The Onion, and a portion of The New York Times use the Django framework to expand their websites and manage massive volumes of data created daily by their audiences.

Eventbrite is another Django success story. The 2006-launched website provides event organizing and ticketing services. Eventbrite was originally developed using Python and in-house frameworks, but as the platform’s audience grew rapidly, scalability concerns arose. The developer team opted to switch to the Django framework in 2010. It enabled developers to scale their websites and accommodate the maximum number of hits per second. Django serves as a stable basis for the future expansion and development of the entire Eventbrite website.

This is not the end of the list. There are still some well-known websites utilizing Django and reaping the benefits of adopting this framework. Other popular websites include… There are numerous online platforms, including Prezi, Udemy, NASA, Quora, National Geographic, The Onion, Reddit, and Robinhood.

Therefore, Django is an ideal alternative for both small and large businesses. Scalability is one of the best characteristics of Django because it enables any application to efficiently manage any audience expansion. If you want to deliver the product swiftly and affordably, you should consider implementing this framework in your next project. You can contact the Django development company or our Django experts for a free consultation. Drop us an email at contact@zestminds.com 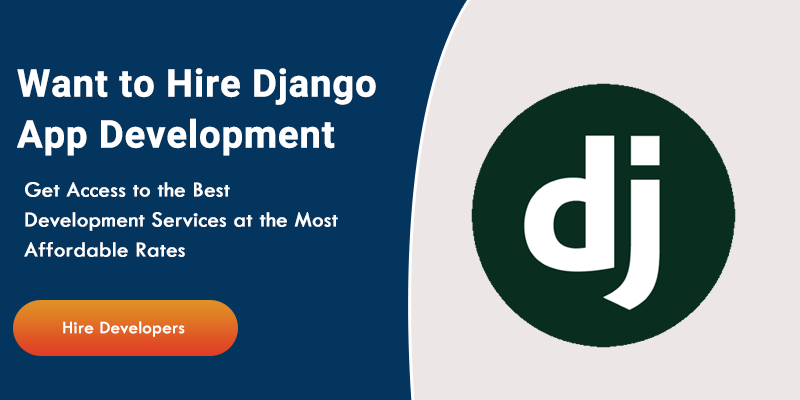 10 Tips To Hire Django Development Company For Your Next Project